The team’s broad range of experience and expertise enables us to explore and add significant value to a diverse range of property investment and opportunities.

Paul is the founder of Generator Group which he established in January 2006 in partnership with Real Estate Venture Capital Management LLP. Prior to this, he was Managing Director at a private property company, Cathedral Group, where he oversaw the deconsolidation of Cathedral from its then parent company, Mount Anvil, before taking Cathedral forward. Before this he spent 5 years at Frogmore as Director responsible for running their joint venture activities.

With over 20 years experience in residential and mixed-use development, especially in the assessment of planning risk, Paul has been involved in numerous successful projects of varying scale and complexity, including the funding and delivery of the pilot PPP project with the London Fire Brigade for their new facility in Docklands, which formed part of a mixed-use scheme.

Paul originally spent 16 years in banking, the latter half of which was helping to establish the recovery unit and then running one of the property work-out teams for Hill Samuel (part of Lloyds TSB) during the late 80’s/early 90’s which makes him ideally placed for operating in the current marketplace.

Jason has over 30 years of corporate experience across Infrastructure, Transport, Marine and Food Wholesale. Prior to joining Generator, he spent six years as CEO of Sutton Harbour Holdings PLC.

In his role as Development Director, Jason is overseeing Generator investments and developments across the South West. His resilience, determination and extensive real estate and business experience are a real asset to the company.

An avid sportsman and sports fan, Jason is the proud owner of a Chester Football Club season ticket. He heads back up north west to see them whenever he can.

Ed joined the Group from Cushman and Wakefield in January 2007.

At Generator Ed is focused on identifying new land opportunities for the Group, carrying out due diligence and acquisitions, planning promotion, and working with the wider Development Team to see schemes through to a successful conclusion. Ed also works within Generator Real Estate Solutions, providing development and work-out expertise in relation to stressed and distressed property assets.

Ed holds an MA in Land Economy from Cambridge University and is a member of the Royal Institution of Chartered Surveyors.

Burt has worked in the construction industry for over 30 years, having qualified as a Chartered Quantity Surveyor in 1996. During this time, he has been employed by some of the largest main contractors in the UK such as Bouygues, Balfour Beatty and Wates. Prior to joining Generator Group Burt was the Commercial Director at F3 Construct Limited who are Construction Management specialists.

Burt has vast experience in the overall delivery of construction projects particularly the initial appraisals of tenders, the development of value engineering solutions and the management of risk during the construction phase of projects.

In June 2004, Valerie set up her own consultancy business that delivers senior level strategic advice to companies, governments and third world organisations addressing complex community regeneration and sustainable development issues. Previously she was Managing Director
of London First and prior to that a Director at Jones Lang LaSalle.

She is a Chartered Architect, Town Planner and Surveyor. Valerie was awarded an OBE in 2001 for services to architecture and to the community in East London.

Graham has in excess of 30 years experience working within the UK property market. 22 years in a combination of lending, credit, legal and recovery roles with mainstream banks, and 11 years hands on development experience as the Commercial Director of a Surrey based residential developer. His time in banking included a 5 year period during the last major recession heading up a specialist property recovery team within Hill Samuel where he was responsible for successfully formulating and implementing work-out and disposal strategies for a wide range of property assets throughout the Country. His prime focus as a developer was to increase the acquisition flow, and actively manage the numerous joint venture activities. This resulted in significantly enhanced profits throughout the period from a number of key London mixed-use developments.

A highly experienced banker with 30 years’ experience in the corporate banking world, Richard has helped all kinds of clients realise their strategic ambitions, from large multinational PLCs down to small and medium-sized enterprises.

Neil created his own HR consulting business in 2010 and has been helping businesses acquire and develop their talent ever since. His consulting experience is broad and covers property development, property services, IT, financial services, hospitality and retail to name a few. Neil has been working with the Generator Group since 2016 and has helped them build their HR infrastructure and has supported the growth of the team through the acquisition of key talent.

Neil has been an HR Director both in the banking and luxury retail sectors before creating his own business, he has a Postgraduate Diploma in Personnel Management, is a chartered member of the Chartered Institute of Personnel and Development and is a master practitioner in NLP.

He enjoys good food and red wine and when the snow comes you will find him on the slopes demonstrating this less than graceful skiing style!

Michael has over 40 years’ experience in professional practice with a number of major surveying practices. For 5 years from 2008, as a Commercial Partner with Cluttons LLP, he led their Property Asset Recovery Service Team where they worked with major companies and financial institutions on capital restructure, financial analysis, distressed loan portfolios and debt and property workouts.

Joe was a 50% shareholder in a multi disciplined firm of commercial surveyors involved in property management, investment, Landlord & Tenant, rent reviews, Dilapidations, and bank LPA Receivership work. In 1995 this business was sold to Frogmore Estates Plc where Joe became a main Board Director for Asset Management of a portfolio in excess of £300m.

Joe is a highly experienced asset manager having spent forty years in the commercial property industry, largely in commercial agency investment and asset management. He has an excellent track record of maximising the value of property assets through pro-active strategies.

Matt is a Chartered Certified Accountant and is responsible for the day to day accounting operations across the Group.

Matt joined the Group in April 2013 from Cedar + Co Accountants in Derbyshire.

Katie began her career in finance at ADM Investor Services International, where she worked as an Accounts Assistant from 2011 until 2018. After earning her AAT qualification, she joined Generator in early 2018, bringing her valuable experience and commitment, along with her financial nous, to the Generator finance department.

Nicola has over 14 years experience working within the Property Industry and re-joined Generator after a short break in November 2015. Nicola started her property career at Minerva Plc in 1999 where the last 2 years were spent as Executive Assistant to the Chairman. Nicola then went on to join the Property Acquisition department at Tesco Plc in 2002 working for the Development Director and through her role at Tesco was introduced to the team at St James’s Investments Ltd where she spent 4 years working for the Managing Director.

Olivia joined Generator in July 2017 to assist the development team, managing diaries and ensuring the smooth day-to-day running of the office. Olivia’s tenacious attitude is reflected in the fact she left school and went straight into employment, working her way up from a junior position to become a legal secretary.

Prior to joining Generator, she worked with Alan Simpson & Co. where she dealt with conveyancing, probate and wills. At Generator, she is making her first steps in the property industry. 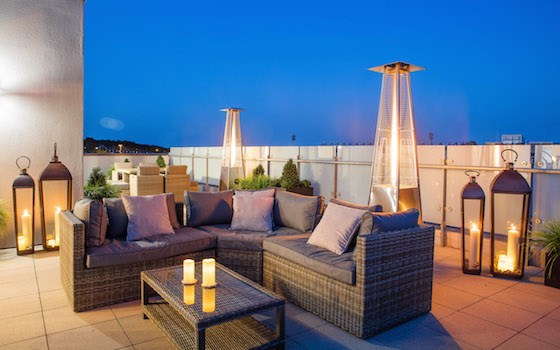 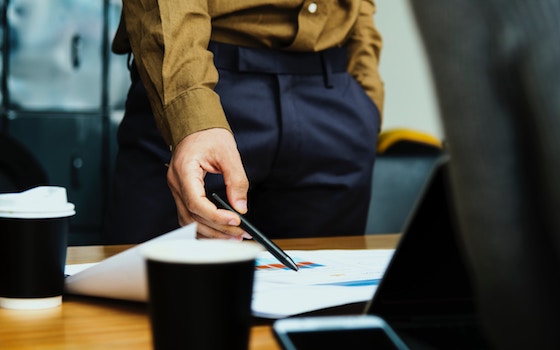